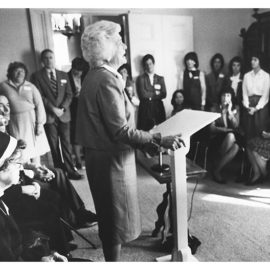 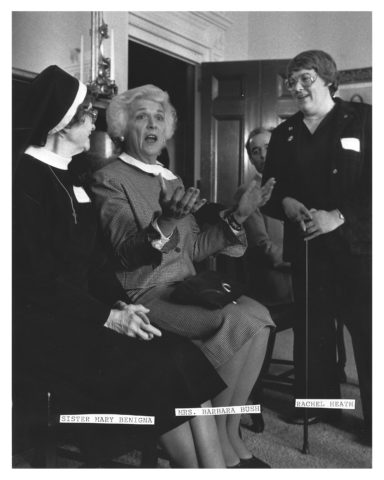 “Everything I worried about”—crime, hunger, poverty—”would be better if more people could read, write and comprehend,” Barbara Bush wrote in her autobiography. ​She advocated for literacy from the time her young son Neil was diagnosed with dyslexia until her death. ​​

Family literacy was her cause as First Lady (1989-93). Shortly after her husband’s election, she created the Barbara Bush Foundation for Family Literacy. It has raised $110 million to support literacy nationwide.​​

With strong Maine connections, Mrs. Bush made several appearances in the state to promote literacy. She died in Maine in 2018.