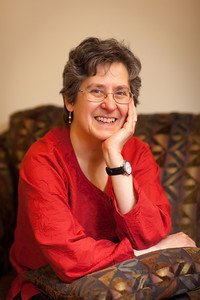 “I made sure I was the one who talked with people who came for help,” says Barbara Kates. “Almost always they came because their life was in crisis. I knew the risks they were taking by admitting they could not read. I wanted to be sure they would feel safe, and I wanted to connect them to the right tutor.”

Barbara was coordinator from the mid- to late-1990s, expanding the organization’s work in several ways. She worked with local agencies and businesses, such as restaurants, to identify students. She also reached out to the Old Town paper mill when it incorporated computers into its systems, and offered help learning computers to its employees.

She streamlined the system in place for sending records to United Way, then as now a major source of funding. And she wrote successful large grants for funds from the Libra Foundation and New York Life.

Family literacy focus​
In the late 90s, the idea of family literacy was important nationally and there was generous funding available. Barbara helped Literacy Volunteers go in that direction. Volunteers worked with families in Park Woods’ transitional housing program two afternoons a week. All who attended would read a book together, and then tutors would work with children on their homework. ​​

Barbara remembers one very quiet child who wanted to do nothing but play chess all afternoon with one of the volunteers. Barbara ran into that child’s teacher one afternoon, who said to her, “I see you have the screamer.” The child had never screamed, had never even talked loudly in the literacy program. ​​

She presented at several national conferences on the family literacy program.​​

Throughout her time as Coordinator, Barbara always tutored. She remembers well a student who had taught himself to lip read perfectly even though he could not read or write. The student’s goal was to read a Steve King novel. He succeeded with The Green Mile, which provided a huge boost to his self-esteem.