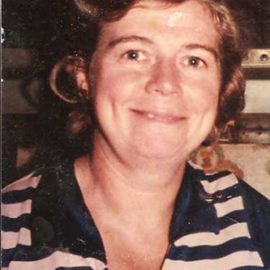 “We met in the basement of the Bangor Library. Joe was self-employed and repaired cars at his home. He bought used cars, took them apart and sold used parts. Math and memory were his strengths. He wanted to learn how to record sales.” ​​

Joe was Charlotte England’s first student, some 40 years ago. Like all our tutors, she remembers her students, even many years later.  ​​

Charlotte was motivated to join Literacy Volunteers because she has always believed in doing good in the world. ​Her story is unique in its details. It’s also’s also typical, in that our volunteers are motivated to make a difference and help others.

A typical volunteer
“It took me 17 years to graduate, taking one course at a time,” Charlotte says. She was busy raising four children and in other volunteer roles.​​ But she wasn’t too busy to volunteer as a tutor.

Degree in hand, Charlotte became a special education teacher. She also realized that kids needed computers. With her husband’s help, she set up one of the area’s first elementary school computer labs–and this was in the early 1980s, when few of us thought much about computing. ​​

Many kinds of teaching​

In 1982, she began training Basic Literacy tutors. She recognized that more immigrants were coming to Maine and needed language help. So she took that training and began tutoring new Americans. Then she began training tutors in English Language Learning, too. At some point—she’s not sure when—she became the coordinator for a few years. ​​

Much, much later, after retiring from a long teaching career, she and her husband went to South Africa as a Peace Corps Volunteer. Charlotte continues to do good in the world.