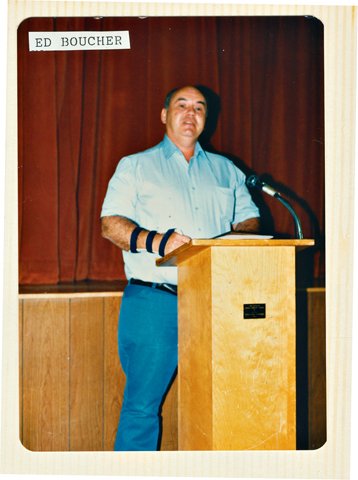 “Knowing how to read is the difference between night and day. It feels nice to get up in the morning and read the paper,” Ed Boucher says.​ ​Ed had been a non-reader for most of his 40-year working life. He was a heavy equipment operator who found clever ways to avoid reading things like instruction manuals. ​​“I would go in at 3 a.m. to work with a [new] machine, so I would be proficient with it by the time my shift started at 8:00, which made for a long day,” Ed recalls. “When you can’t read, you hide it; you’re afraid to admit you need help.” ​​

Big changes​
In the beginning, Ed was reluctant to reach out for help with literacy. But after working with tutor Joyce White for a while, a new kind of career was born. In the mid-1980s, he was invited to tell his story at a conference. He did such a great job engaging the audience that he went on to speak at state and even national events. ​ 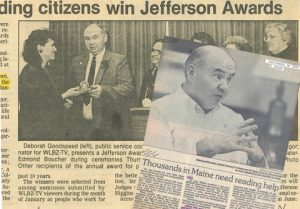 He also wrote newspaper articles, spoke at national conventions, and advocated for literacy.​​

Ed believes in giving back. For many years before he got a tutor, his wife Janice had helped him with tasks that required reading. Now that she is ill and needs help with medications, Ed is the one who reads the directions.