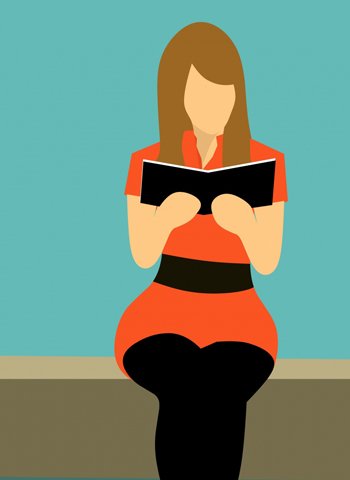 Jane has asked us not to use her real name or photo. Like many basic literacy students, she had a lifetime of shame and fear about revealing her poor reading skills. Yet she is a shining example of what such people can achieve.

“It would be a miracle happening,” Jane said. She was explaining what she would say to someone thinking about getting help from  Literacy Volunteers. “The world will open up to new things, new possibilities. You will never be the same again.”  ​​

Jane is speaking from her heart. She was 40 when she first contacted Literacy Volunteers for help in 1988. She had spent four agonizing months carrying around the phone number before she found the courage to call. ​​

Through the cracks​
Tall for her age and very shy, Jane was always in the back row of her classrooms, which sometimes had 55 students at her rural school. She had an extremely sharp memory and was good at math, so somehow no one noticed that she wasn’t learning to read and write. She graduated from high school with honors.

After that, she depended on others to read. For many years, her oldest son read anything important for her, and helped her know when her signature was required. ​​

But when Jane turned 40, her son moved away from home, and she knew she had to do something. She finally called Literacy Volunteers.​

​Years of hard work​
Tutor Eloise McLaughlin found that Jane had almost no skills. She could recognize letters but could not connect letters and sounds, and therefore could not use a dictionary for help with word recognition or spelling. ​​

Eloise says no one ever worked harder, not even taking breaks over two-hour meetings. They worked together for years. Finally Jane got to the point of tackling the textbook she needed to study for a training program she entered. She passed the training with flying colors and suddenly she had a career. ​​

Jane went well beyond the basics. Writing was no longer a struggle, so she learned the joy of sending notes to friends, and does so often. She reads the newspaper, and that leads her to read further, to learn about new topics. Life has indeed opened up new possibilities.