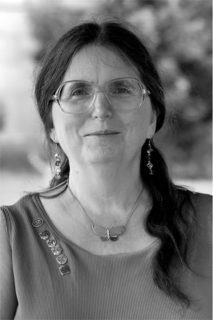 “I did almost everything at some point,” says Kara Schreiber of her 40+ years with Literacy Volunteers.​

It began when she was 21 and looking for a part-time job. She was at the employment center when a woman interrupted to ask the advisor Kara was talking to how to read the bus schedule. The woman had a job interview appointment but couldn’t figure out how the bus system worked. It was an epiphany for Kara. “I called the same day” to volunteer, she says.

A little of everything​
​Literacy Volunteers of Bangor was a tiny organization in the early years, and everyone did many jobs. Kara began as a Basic Literacy tutor, but she also enjoyed speaking to organizations. She walked in parades, handed out flyers in supermarkets, and staffed tables at organizational fairs (and even the State Fair). Once she called in to a late-night radio talk show and got an hour-long interview about Literacy Volunteers.​

She was our liaison with United Way, served on our board, and once was acting coordinator for seven months when there was a need.​

​In the early 1980s, when many Vietnamese refugees came to the U.S., Kara trained to work with them as well.​

Kara and Rachel Heath won Channel 2’s “2 Those Who Care” award for their work with Literacy Volunteers. She also laughs that at some point she won the Country Music Volunteer of the Week award.​

Over forty years after that first phone call, Kara still tutors. And she still has a collection of the award pins volunteers were given back in the day.