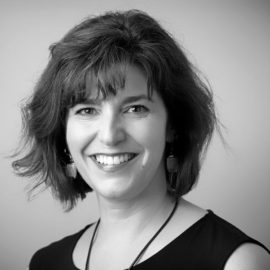 In 2003, Mary Marin Lyon became our Executive Director. She inherited an organization that, for a variety of reasons, was in trouble. There were fewer than 15 student-tutor matches, the office had been moved in the temporary absence of an executive director, and making payroll was difficult.​​

Rebuilding the organization​​
A task force of United Way experts assessed the situation and provided a diagnosis: mission creep. Mary and the board pivoted Literacy Volunteers’ focus and the number of involved students and volunteers has grown ever since.

With focused clarity around the original mission, Literacy Volunteers now serves more than 300 adults annually with 300+ volunteers and secures grants and private support for this work.

There was much to celebrate by the 40th anniversary in 2009.

Mary Marin Lyon​​
“No one ever makes it by themselves. We all get help from others along the way.”​​

Growing up in a French-speaking community in Northern Maine, Mary learned that her grandfather couldn’t read or speak English, despite selling insurance for MetLife. It was Mary’s mother who taught him to read. ​At 19, Mary had her first child and was only able to complete her education and rise up from temporary poverty because of mentors and her family’s help.​​

That understanding of and passion for addressing the problems of low literacy, poverty and cultural diversity brought Mary to Literacy Volunteers.  She is the longest-serving staffer ever.